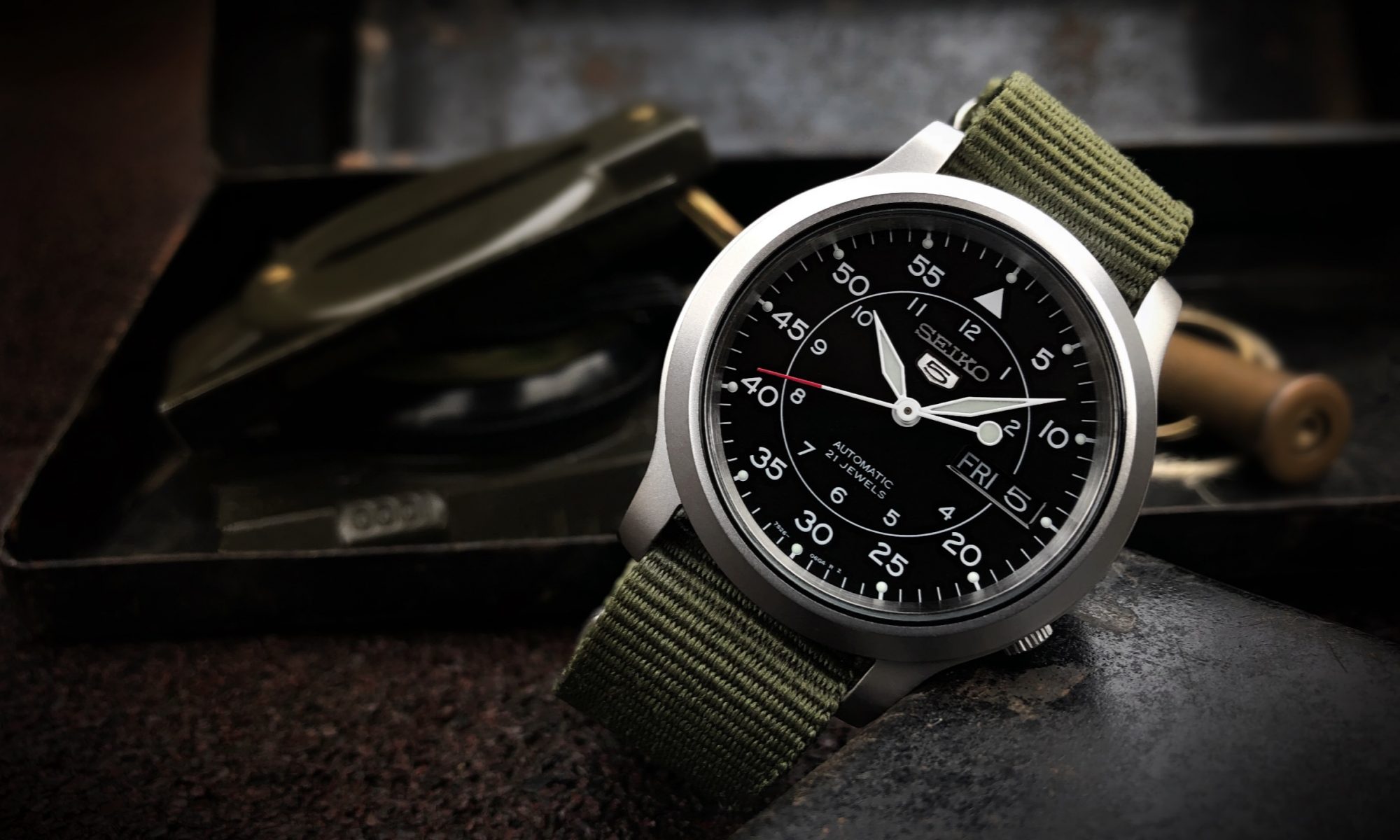 There are no doubts that wars are terrible. However, there are items firstly used by the military, and we use them nowadays, like aviator sunglasses, chukka boots, NATO straps and even wristwatches too. I will focus on NATO straps now.

When I think about NATO straps, 3 words come into my mind: affordability, functionality and divisiveness. (Just to be clear, the NATO straps don’t have connections with the North Atlantic Treaty Organization.)

It is a fact that they are affordable. Even the high quality NATO and Zulu straps, are cheaper than a metal bracelet or a real leather strap except some crazy example, like Omega NATOs. In my humble opinion, hundreds of dollars for a NATO strap is unnecessary.

You can also get them from Chinese stores for 2-3 dollars, but the poorly made straps has their disadvantages. I tried them before, but edges usually sharper, not the most comfortable ones and sometimes the buckles are not fixed well, and in this way they lose – according to me – the biggest advantage of NATO straps, the function which is equal to security.

The method you apply the strap is the safest way to wear your watch. Because of the extra fabric you can be sure if one of the springbar is damaged, the strap can still hold your watch in place. Of course, this is only a temporary state, but it’s better than bend down and pick up your scratched or even broken watch from the ground.

We are done with the price and function, but what about the divisiveness. There are people who like NATO straps and there are people who don’t. They often said, NATOs make your watch feels cheap. But who cares? If you put on a fancy NATO, it looks cool, and you know it’s the safest way to wear your watch. I guess it’s a win-win situation.

Everything has its own history, even a short one, but the story of NATO straps started in 1973, almost a half century ago. They were found from the British Ministry of Defense Standard and firstly called G10 straps.

The original straps were grey and made of nylon. They were 18 mm wide and often used on CWC watches. The soldiers only can get one if they filled the requisition called G1098. That’s where the G10 name originated.

The name – NATO strap – we use nowadays came from the NATO stocking number. Modern NATO straps have a huge variety, like fabric knit, perlon, seatbelt and even leather straps.

If the quality and affordability is important for you, I recommend to check out the UK based NATO Strap Store. Where could you buy more authentic straps than the country of origin?

They offer original NATO straps, next to premium ones. Now, you can get any of those straps on the https://www.natostrapstore.com and if you use the code: ZSOLTI you can get 10% discount on your order.

That’s all about NATO straps, if you have any additional information or do not agree, let’s discuss it on the forum.

A quick nightstand shot! What do you think? #seik

Today’s choice!😎😁 How do you the IWC Por

Who is the real Watchmaniaq?!😅😎 #seiko #sei

A special piece for today for the fans! Yes, from