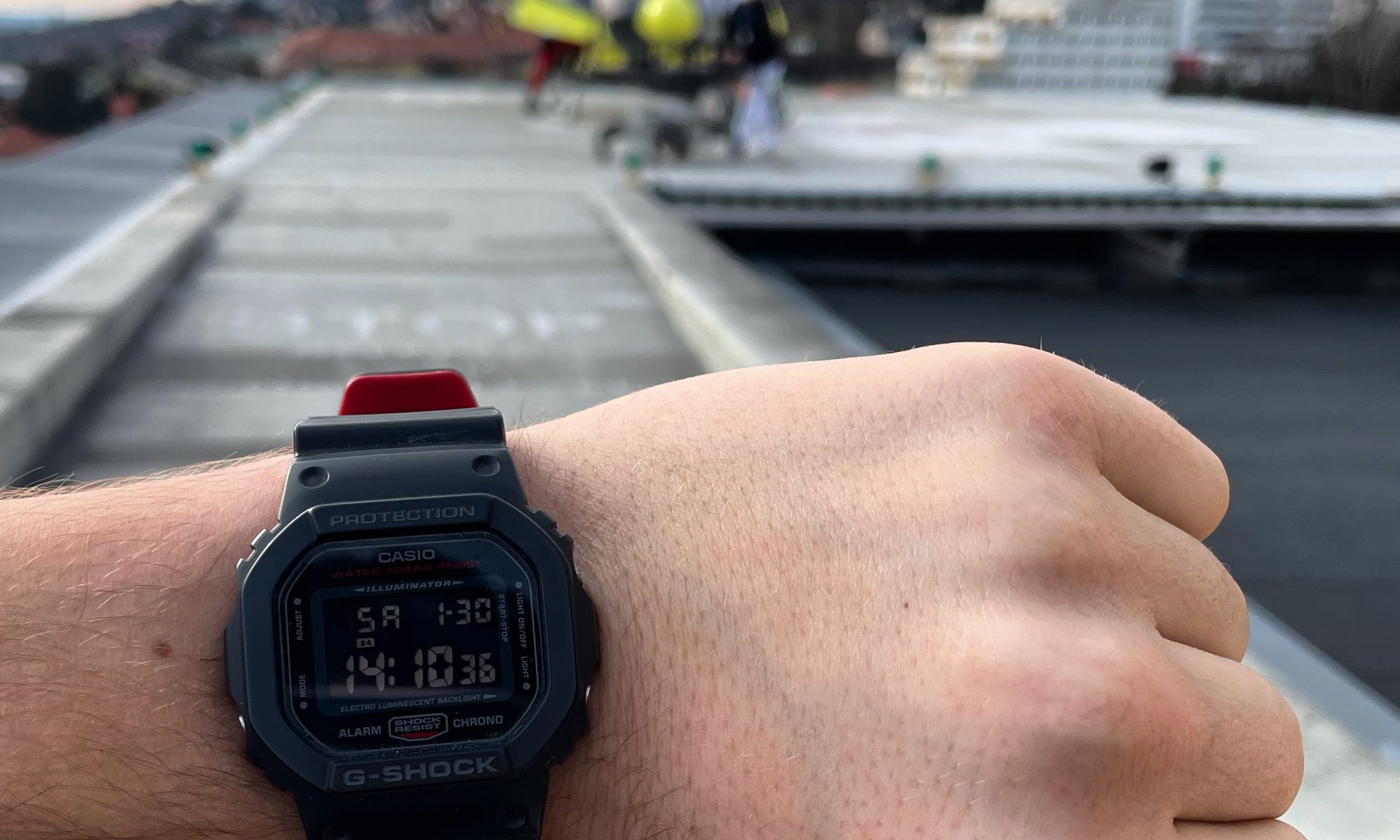 A few days ago I had the opportunity to get on a helicopter.
It was not a simple copter, it was an air ambulance helicopter!

I am in love with helicopters since my childhood, and later I would like to work on one as a doctor.
Yeah maybe I watched two much television when I was younger!

I was working at the triage as usual, when someone told me I could help get out the patient from the helo.
After we were done with the patient, the pilot showed me everything both in and outside of the copter. It was just awesome!
He showed me the radars, all the different buttons and the navigation system. I bet it is pretty hard to drive a whirlybird. When the pilot was explaining me it sounded difficult!

A few years ago I visited the the previous model at the hangar, so the feeling was familiar, but I still got goosebumps. And I know I always will.

While I was working at the ER I was wearing my great G-Shock DW5600!
I made some nice shots as well!
I know it is not a pilot watch, but I think they are a great combo! The helicopter and the G-Shock!
The black-red color of the watch matches with the red-black ambulance suit. 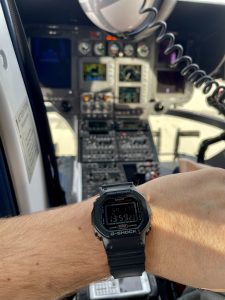